Selected departures up to October 2020

Fly to either Zagreb or Pula airport, and transfer to the four star Superior Sheraton hotel, where we stay for three nights. Dinner is included on the first night at your hotel. 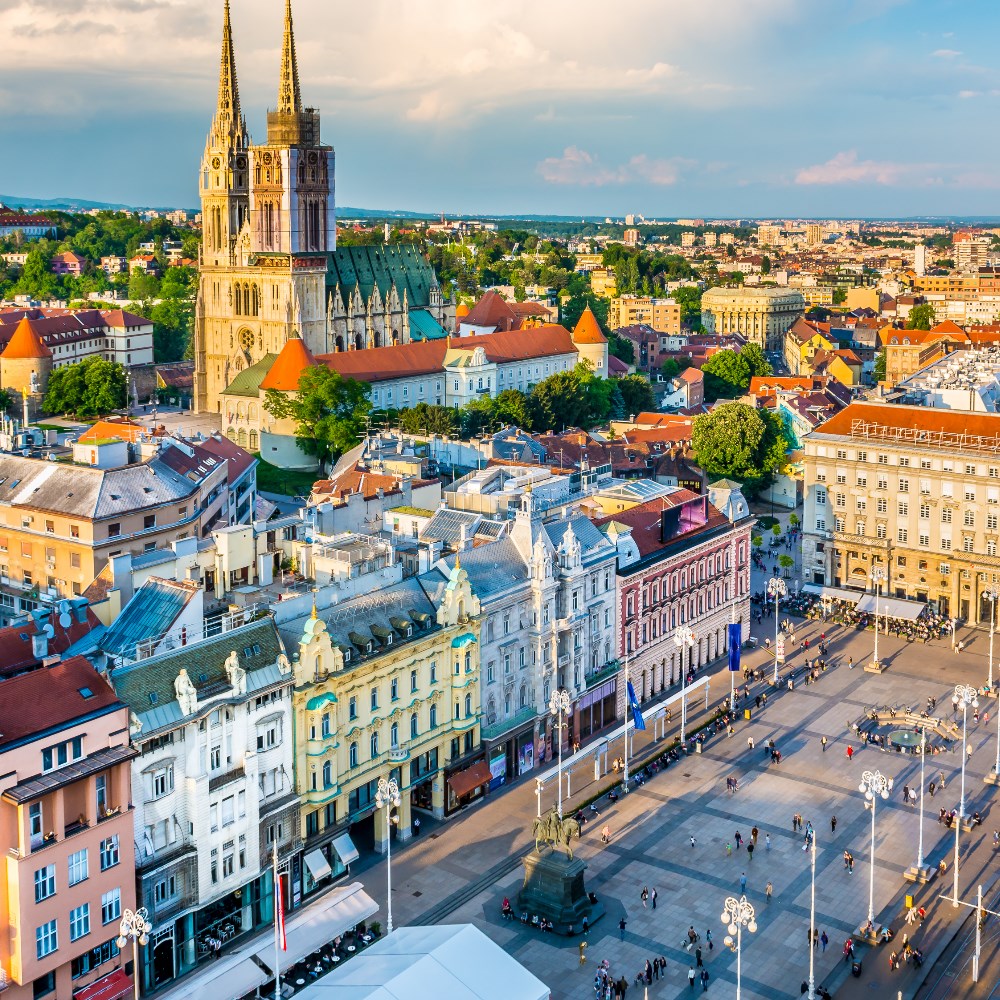 This morning we have a walking tour of Zagreb’s historic centre. We see the capital city’s different architectural styles. The ancient mansions and quiet squares are peppered throughout the Upper Town, while elegant monuments to the Austro-Hungarian Empire and manicured parks dominate the lower half. We see the stunning cathedral on Kaptol, guarded by medieval fortress walls.

Then we see the Dolac open-air market, the ‘belly of Zagreb’, where we find colourful traditional stalls selling fresh produce and local specialities. Curving uphill is Tkalčićeva, one of the city’s most attractive streets, with steep-roofed mansions that house boutiques, art galleries and cafés.

We pass the shrine to the Virgin Mary, one of the most significant pilgrimage site in Zagreb, and emerge in St Mark’s Square, site of the grand Parliament Building and the iconic church with its multi-coloured roof tiles representing the city’s coat of arms. The rest of the day is at leisure. 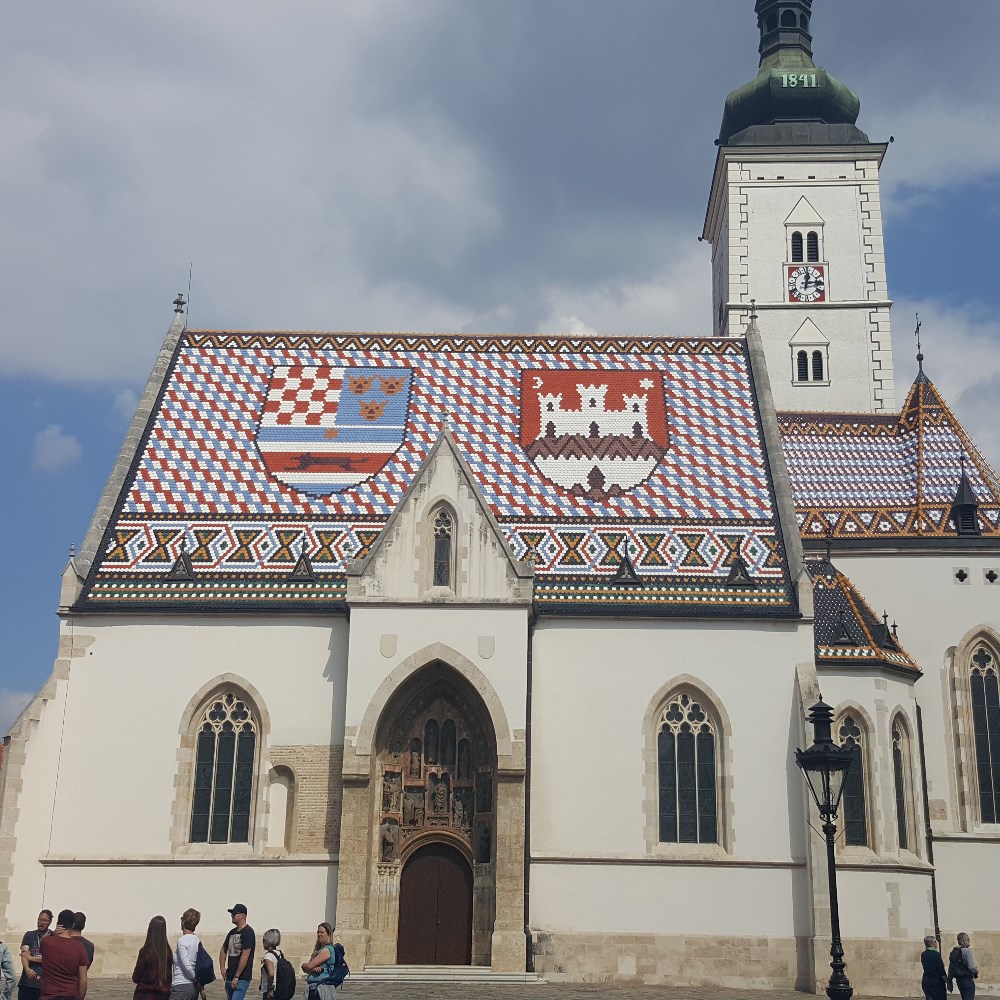 This morning, we drive through the Zagorje region, an oasis of unspoilt beauty. The forested hills here are a beautiful patchwork of attractive villages, medieval castles and lush vineyards. Almost every hillock appears to be crowned by a klet or small, steep-roofed cottage.

Our first stop is the attractive town of Marija Bistrica, home to Croatia’s largest and most important pilgrimage site, the neo- renaissance Church of St Mary, which completely dominates the town centre. The highlight of the church is its wooden Black Madonna statue, whose alleged miraculous power dates to the 16th century when the statue was spared destruction caused by Turkish invasions!

We head further north to Varaždin, one of the best preserved Baroque towns in Central Europe and once a significant stronghold for the Habsburgs – Croatians even call it ‘Little Vienna’. The town’s opulent architecture features a myriad of angelic figures, giving Varaždin the apt nickname, ‘city of angels’. 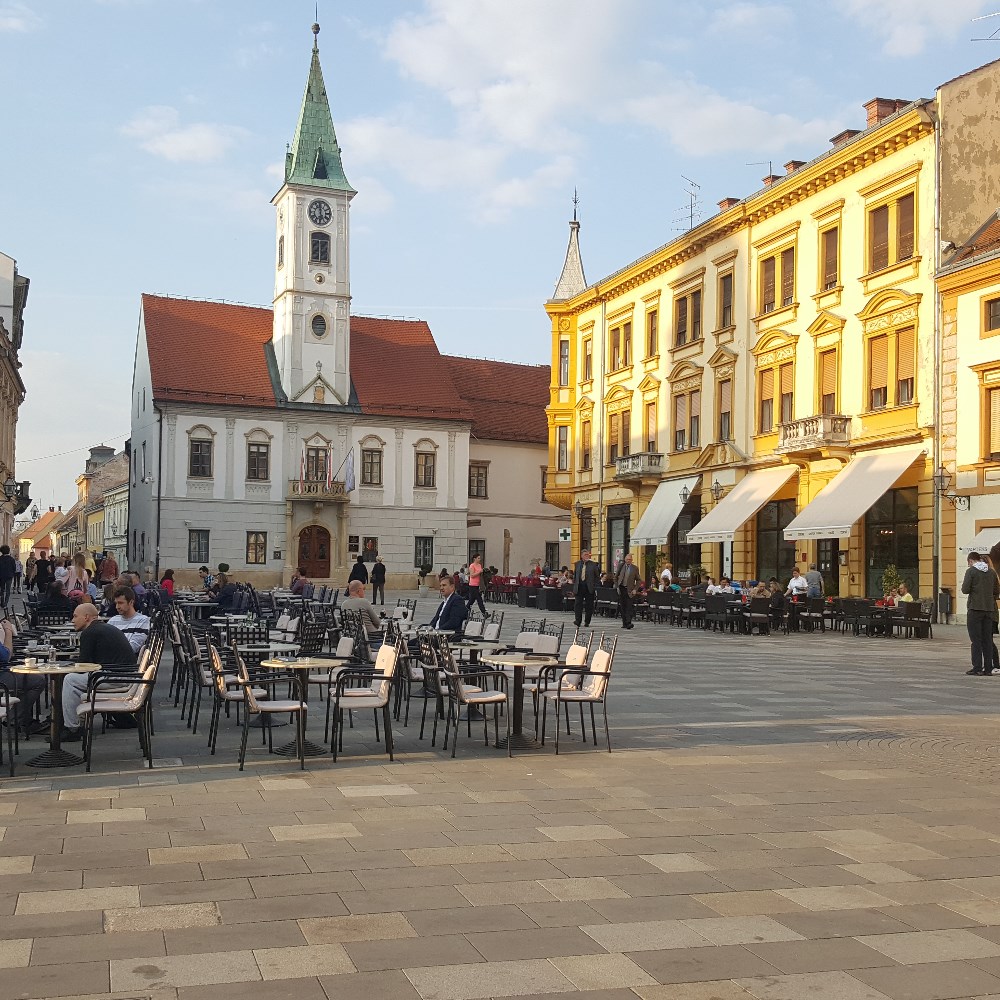 Today we bid farewell to Zagreb and pass some picturesque villages which, upon closer inspection, reveal a more turbulent time: bullet holes left in the walls of houses are a reminder of the civil war. We journey through Slunj, situated at the confluence of two rivers where waters rush into a gorge through mini waterfalls and bubbling rapids.

Before long, we enter a stunning wonderland of forested hills surrounding the famed, UNESCO-listed Plitviče Lakes. Linked by cascading waterfalls, the lakes are the most pristine you’re likely to see: the colours vary from azure, turquoise and bright green to grey. After a walk to the shore of the lake, we take a boat ride out for some spectacular views. Should you prefer, you can take the panoramic train ride around the lakes or follow the wooden footpaths at your own pace.

We then depart for the Istrian peninsula and the harbour town of Opatija  where we stay for four nights with dinner at the four-star Remisens Premium Grand Hotel Palace in Opatija. 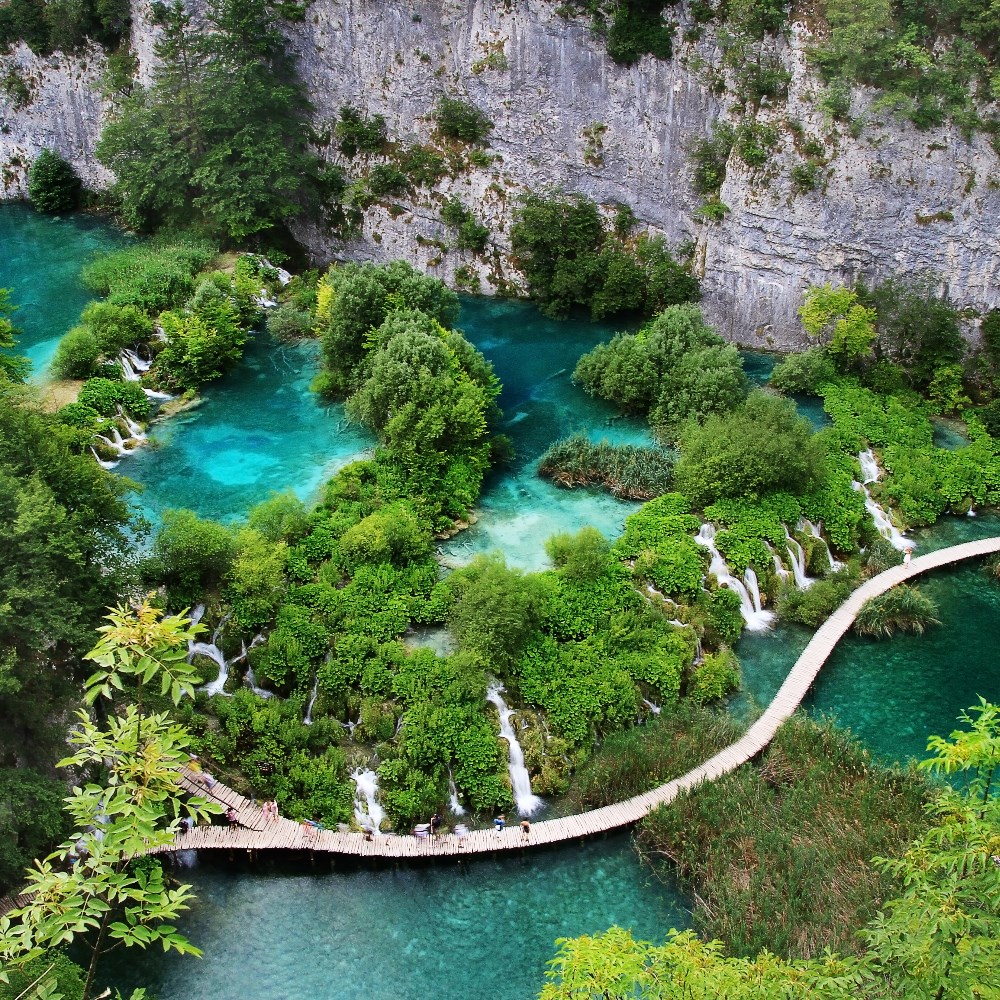 From the early 13th-century to the late 18th-century, Istria’s coastal towns came under Venetian rule, and today we visit several of the most intriguing. We begin in Pula, where we enjoy a walking tour with a local guide. Once a vibrant Roman outpost, Pula, also known as ancient Polensium, is replete with astonishingly preserved ruins including the incredible Roman amphitheatre, imperial Rome’s greatest gift to the eastern Adriatic. Dominating the city centre, the imposing, 1st-century structure doubles as an atmospheric concert venue. Speckled along the coast are fragrant pine groves, seaside cafés and excellent restaurants. Irish novelist James Joyce once taught English to naval officers in Pula in the early 20th century.

We then head to Rovinj, possibly Istria’s most picturesque fishing harbour, with free time to explore as you wish. Set on an oval peninsula, the charming Old Town has managed to preserve its character better than anywhere else along the western coast. Lose yourself in the web of medieval lanes and cobbled piazzas, with the splendid church as a guide to help you get your bearings. Amble along the harbour and observe the colourful Venetian-era buildings close to the water’s edge, before pausing for lunch in one of the waterside cafés. Later in the afternoon we return to the hotel. 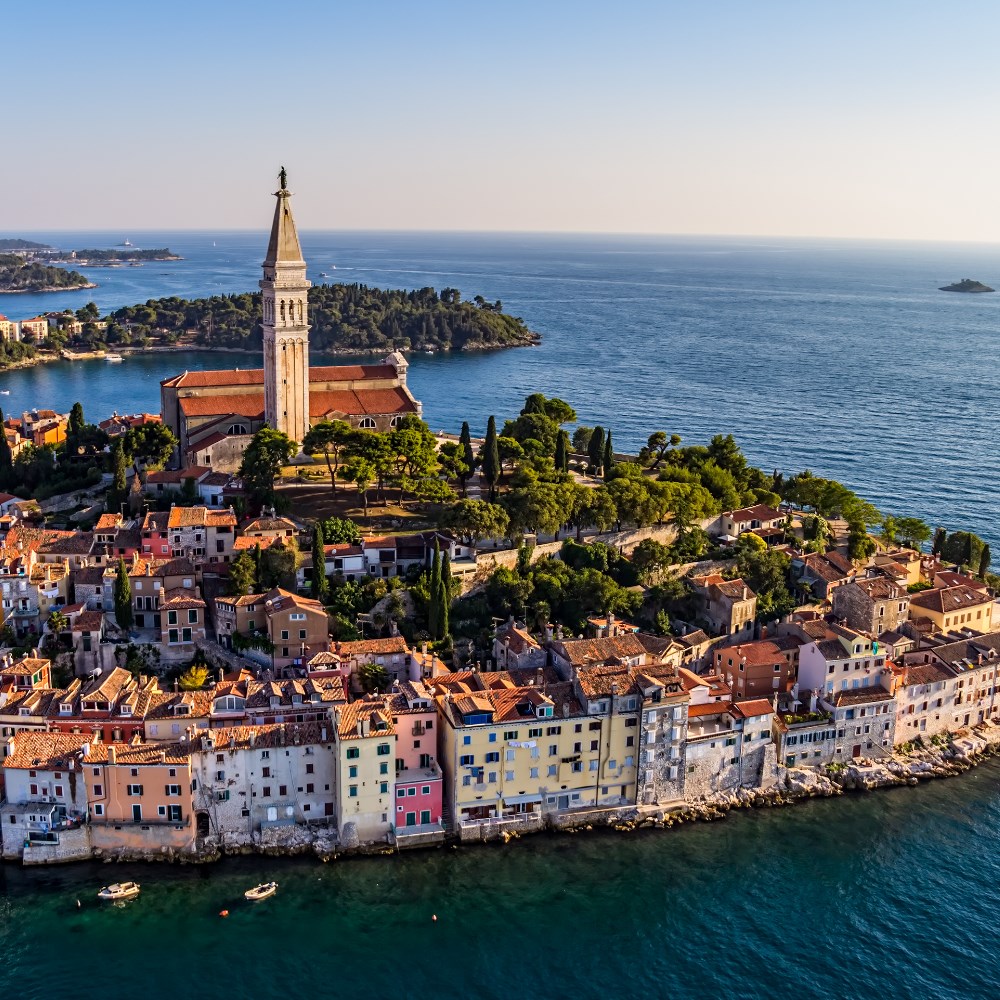 The entire day is at leisure, so there’s plenty of time to relax in your hotel or enjoy idyllic Opatija. This was once the holiday destination of the elite during the Austro Hungarian Empire, and the location is spectacular, you could enjoy walk along the promenade, or if you wish enjoy a boat trip. 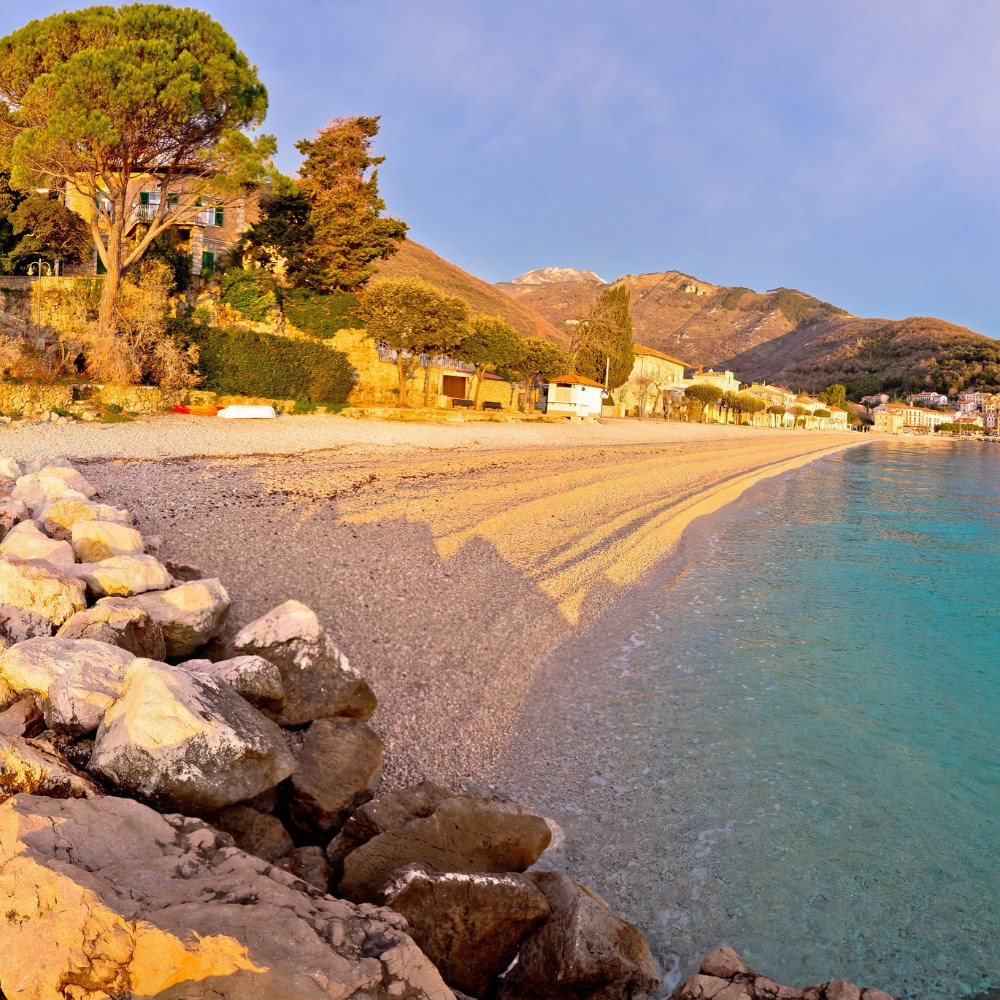 Croatia is blessed with more than a thousand islands, and today we explore Krk, one of the largest islands in the stunning Bay of Kvarner. As we cross the 4,690-foot-long bridge, the view to the horizon transforms from the glittering Adriatic to a rocky sea of limestone covered in patches of sub-Mediterranean foliage and pine forests. Blessed with an abundance of natural and cultural beauty, Krk was named the ‘golden island’ during ancient times. We call at the island’s eponymous walled town for a guided tour. One of the oldest towns in the Adriatic, Krk has been inhabited for more than 2,000 years, even before the arrival of the Romans. As we wander the narrow streets, our guide brings to life the maze of ancient buildings we see, such as the 5th-century Krk Cathedral, which is part of a larger complex of church buildings featuring different architectural styles. Another highlight is the 12th-century castle by the sea, built by the Frankopan family, one of Croatia’s leading aristocratic families. With wonderful views over the bay, the castle is today an atmospheric, open-air venue for summer concerts.

There is free time to explore at your own pace and try the local cuisine. It is said that people living on Krk island live longer than their mainland counterparts. Perhaps one of the reasons is the healthy food made with fresh ingredients, from homemade olive oils and locally grown herbs to freshly caught fish.

Later this afternoon we drive across the island through lush vineyards and rolling hills to Vrbnik, a pretty village set on a rocky hill overlooking the sea. Vrbnik is well-known to Croatians for its wealth of monuments in Glagolitic, the oldest known Slavic alphabet, but today it is perhaps better known for its dry white wine, Žlahtina, which has a lovely pale golden colour. We stop at a local winery for a delightful tasting of Vrbnik’s excellent wines, paired with delicious homemade cheese and prosciutto, before returning to the hotel. 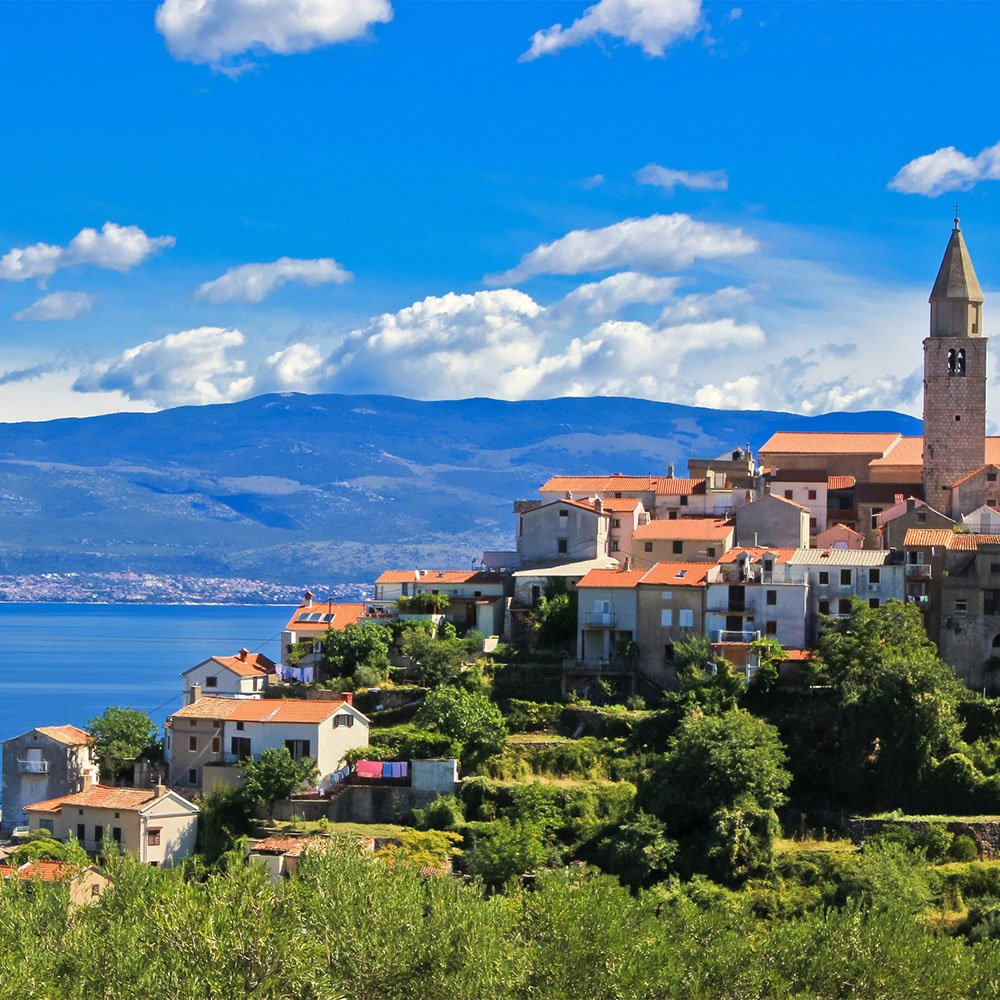 Included excursions: guided tours of Zagreb, Pula and Poreč, entrance to Euphrsian Basilica. Visit to the Plitvice lakes including boat trip. Visit to the Islands of Cres and Krk.

UK Citizens do not require a visa to enter Croatia however must have a valid passport. For the most up-to-date passport and visa information visit https://www.gov.uk/foreign-travel-advice/croatia/entry-requirements

Brilliant holiday! Our Tour Manager Tihana was exceptional and went out of her way to look after us all and make sure everything went well. Her knowledge of Croatia and its history and also her knowledge generally was very impre...

This was an excellent holiday staying in very good hotels, the one in Zagreb was exceptional. The itinerary was fascinating. I would like to thank Jelena the Riviera Travel guide who was very professional in her role and a great...