On this intriguingly varied tour, we experience two of Europe’s greatest cultural cities, Berlin and Dresden. Both have endured violent interludes in otherwise glittering histories and have now returned to their former glory at the heart of 21st- century Europe. The outpouring of joy and energy that accompanied the fall of the Berlin Wall nearly 30 years ago rekindled Berlin’s legendary vibrancy, and this modern city throbs with new life while doffing its cap respectfully to the past. Iconic locations abound – from Checkpoint Charlie with its spy stories, to the magnificent avenue of Unter den Linden with its many cafés and museums. Here we also see the Brandenburg Gate and the instantly recognisable Reichstag, symbol of the new Germany.

Perhaps more sedate than Berlin, Dresden is a cultural jewel reborn as a beacon of hope and peace, revelling in the renewed splendour of its architecture, opera and museums. Before the last war it was Germany’s most beautiful city thanks to its imposing Baroque buildings and many art treasures. After huge bomb damage, Dresden has been almost completely restored as part of an extraordinary restoration project spanning 60 years, – and the results are breathtaking. But there is much more to this tour than these two re-energised cities as we experience Germany’s traditional side through its rolling countryside, small towns and picturesque villages.

There will also be reminders of old East Germany, including an occasional Trabant, the still sought-after car that is so associated with the period. We explore the medieval town of Meissen, where highly skilled artisans craft exquisite porcelain in the only factory in Europe where the process is still completed entirely by hand. Finally, and in complete contrast to picturesque Meissen, we visit Colditz Castle, the infamous prisoner of war camp for serial would-be escapees – inmates included the legless fighter pilot Douglas Bader. This is a tour that reveals Germany’s delightful contrasts, from its vibrant modern cities to its charming rural landscapes, and lets you experience the past, present and future of this remarkable country.

This tour can operate in reverse staying first in Dresden for two nights followed by two nights in Berlin. You will experience the same tours and visits.

Berlin is an incredible place. Originally two separate 14th-century towns, it has long been a city of contrasts and never more so than in its recent past, which makes it such a fascinating place to visit.

This morning we have a guided tour taking in many landmarks, including Checkpoint Charlie, a poignant symbol of the Cold War when the city was divided between East and West. You’ll see the Brandenburg Gate – one of Germany’s most iconic landmarks – and the Reichstag, the parliament of the reunified Germany that is steeped in history and partially reconstructed by Norman Foster. We also take in Unter Den Linden, the city’s most famous boulevard, the imposing cathedral and of course what remains of the Berlin Wall – now a protected historical monument.

The afternoon is free for you to explore. Berlin’s turbulent political past makes it such an absorbing place, but it is also an incredibly vibrant city with a character and optimism to match. It strongly rewards exploring by foot – visit the impressive Charlottenburg Palace and the legendary Olympiastadion stadium, or you may wish to take a short train ride to Potsdam and the Sanssouci Palace, home of the famous Prussian king Frederick the Great. 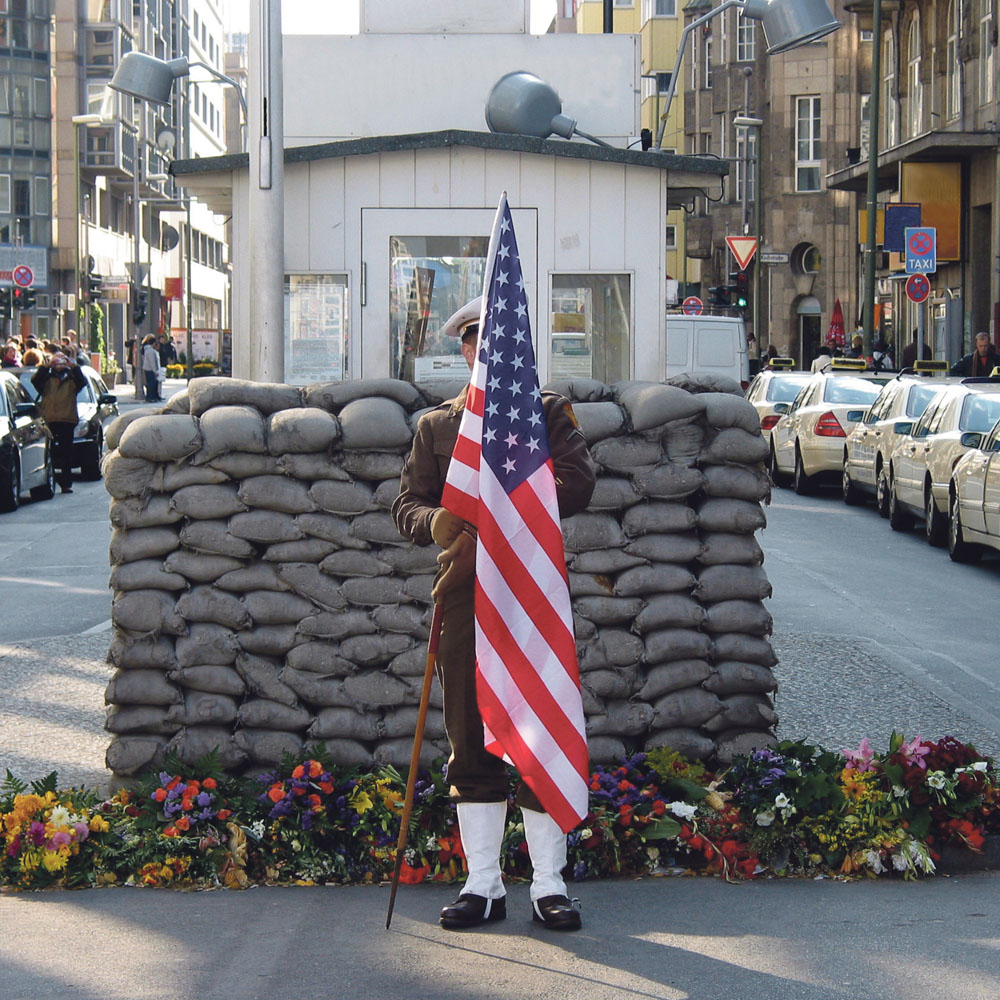 After breakfast we drive through gentle rolling woodland and fields into Saxony, crossing the mighty River Elbe en route to somewhere synonymous with the heroic art of escape: Colditz. The supposedly escape-proof castle towers on its clifftop, looming over the town below. Our guided tour and the related exhibition offer intriguing insights into the lives of both inmates and guards. We see escape tunnels, a home-made radio, false uniforms and other escape equipment, all ingeniously crafted from whatever materials were to hand. Much was secreted about the buildings and, like the ‘radio room’, was discovered by maintenance workers after the war. Some of the most moving exhibits are postcards sent by prisoners to their children, whom they were not to see for many years.

Next we visit the town of Meissen, famous for producing the first porcelain to be made outside of China. We have a remarkable tour revealing how, since 1710, highly skilled artisans have created these unique works of art. Many porcelain pieces take weeks or even months to finish, and in the museum you can enjoy many of the splendid examples from throughout the company’s existence. 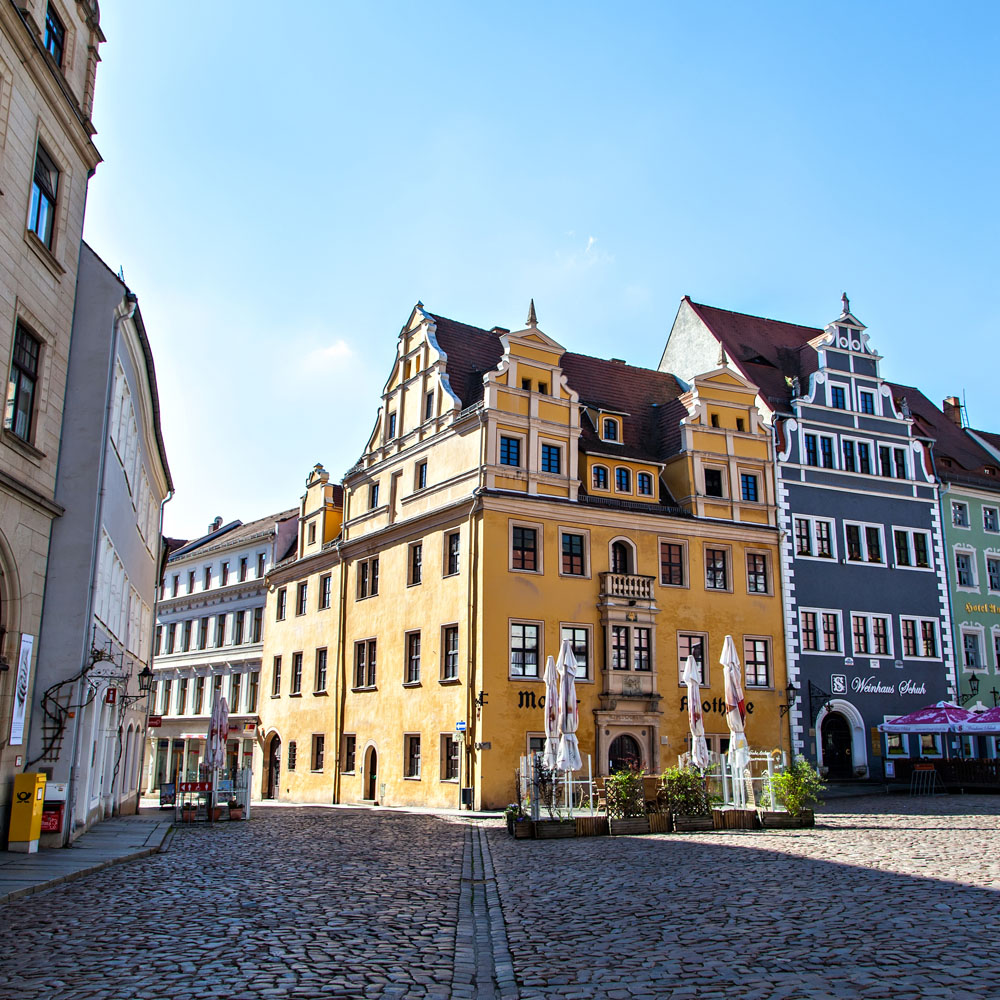 Sitting majestically astride the stately waters of the River Elbe and dating from the 12th century, Dresden is a strikingly beautiful place to visit. It rose to artistic prominence during the early 18th century when August the Strong, ruler of Poland and Saxony, gathered many of Europe’s best musicians, architects and artists in his capital. Its pre-eminence as a centre for art, classical music and science saw the emergence of fine Renaissance, Baroque and Classical buildings, the majority of which – though destroyed by the Allied bombings of 1945 – have been wonderfully restored in recent years, returning Dresden to its former glory. This morning we have a walking tour around these revitalised architectural gems, and in the afternoon you’re free to explore as you wish. Absorb the ambience of Dresden’s many enchanting shops, seek out a cosy restaurant down one of the quaintly cobbled streets, or simply enjoy the numerous talented street musicians that keep Dresden’s musical heritage alive. 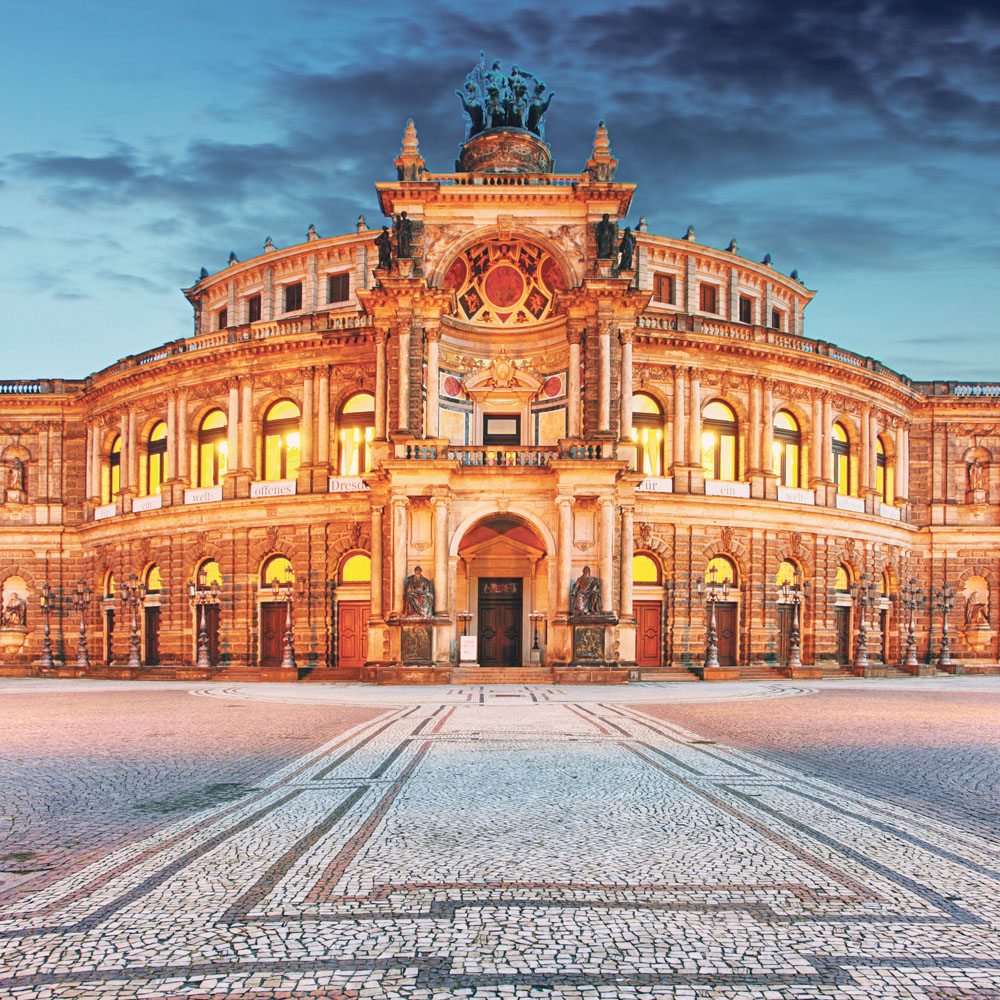 After breakfast, transfer to the airport for your flight home.

The price of this holiday is per person based on two people sharing a twin room. Single rooms are available at the relevant supplement. The price includes:

Enjoy panoramic views while you dine at Sphere in Berlin’s tallest building at 679 feet above the city. Skip the queues, ascend to your reserved table and take in incredible vistas of the city’s landmarks while you enjoy a glass of sparkling wine on arrival  followed by your three-course dinner, accompanied by two glasses of wine.

This tour can operate in reverse staying first in Dresden for two nights followed by two nights in Berlin. You will experience the same tours and visits.

UK Citizens do not require a visa to enter Germany however must have a valid passport. For the most up-to-date passport and visa information visit https://www.gov.uk/foreign-travel-advice/germany/entry-requirements

The was our first Riviera holiday and we were very impressed. The tour was well organised and well paced with plenty of free time to explore on our own. Our guide, Alan was very helpful and knowledgeable. The hotels were excellent...

Your representative (Frank -) was superb. Not only did he organise the group efficiently, but was able to back this up with great detail of relevant historical information. His warning about a particular crime peril in Berlin help...